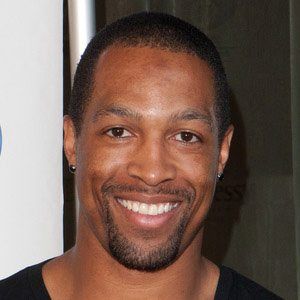 NFL linebacker who was selected in the fifth round of the 2005 NFL Draft by the Atlanta Falcons. He then went on to play for the New York Giants, helping the team win Super Bowl XLVI.

He played football at Southern Mississippi University, winning the Conerly Trophy in 2004.

He signed with the Cincinnati Bengals in 2013.

He was arrested for child abuse in February of 2013.

In 2013, he was released by Tom Coughlin and the New York Giants.

Michael Boley Is A Member Of