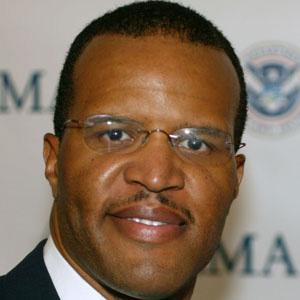 Former administrator of FEMA who resigned from his position after Hurricane Katrina in 2005. Many americans blamed him for the slow response to help those in New Orleans in the aftermath of the deadly hurricane.

He practiced law after earning his JD from the Oklahoma City University School of law in 1981.

He has found work as a Denver talk radio host after ending his career in Washington, DC.

He has two children with his wife Tamarra Brown.

He was appointed the Administrator of FEMA by President George W. Bush in 2003.

Michael D. Brown Is A Member Of