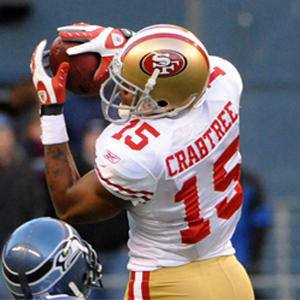 All-American college football player at Texas Tech who joined the San Francisco 49ers in 2009 and quickly became the team's top wide receiver. He helped lead the 49ers to the Super Bowl in 2013, where they were defeated by the Baltimore Ravens.

He played quarterback during his high school career.

He signed an endorsement deal with Subway restaurants after playing college football. He joined the Oakland Raiders in 2015.

Although his parents Michael and Bessie separated when he was six, he remained close to his father.

He became a favorite target of quarterback Colin Kaepernick on the 49ers.

Michael Crabtree Is A Member Of