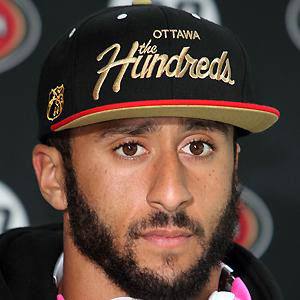 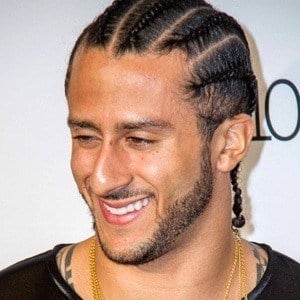 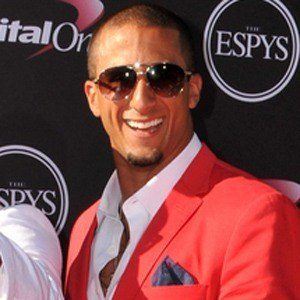 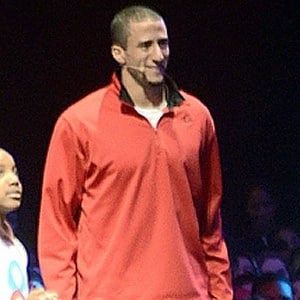 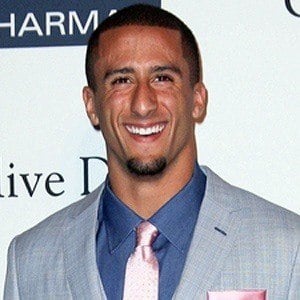 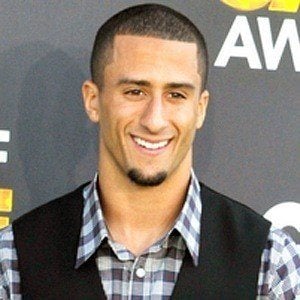 Dual-threat quarterback who took over for Alex Smith mid-season in 2012 for the San Francisco 49ers, and then went on to lead his team to an NFC title. The 49ers signed him to a 6-year extension, worth over $110 million, in June 2014. In 2017, he opted out of his contract with the 49ers and became a free agent.

He became the first NCAA Division 1 quarterback to throw for over 10,000 yards and rush for over 4,000 yards while starring at the University of Nevada, Reno.

He led the 49ers to a dramatic victory over Drew Brees and the New Orleans Saints in the second round of the 2012 NFL playoffs.

He was adopted by Teresa and Rick Kaepernick. His real mother, Heidi Russo, had him when she was 19. He has been dating TV host Nessa Diab since 2015.

Colin Kaepernick Is A Member Of