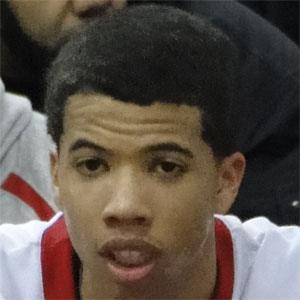 Point guard who was named NBA Rookie of the Year with the Philadelphia 76ers in 2014, then traded to the Milwaukee Bucks in 2015. He signed to the Chicago Bulls in 2016.

His freshman year of high school he stood 5'9" and played basketball at Hamilton-Wenham Regional High School; but after a growth spurt, he transferred to St. Andrew's in Barrington, Rhode Island and excelled as a three-year starter.

He was born to parents Mandy Carter-Zegarowski and Earl Williams, whom both played basketball at Salem State University. He has a younger sister and three younger brothers.

His Syracuse team was eliminated in the 2013 NCAA Tournament by a Michigan team led by star point guard Trey Burke.

Michael Carter-Williams Is A Member Of