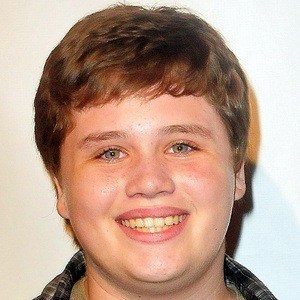 American actor who has won acclaim for his performances on television shows like New Girl, Modern Family and Last Man Standing. He has also been in films like 2013's Penny Arcade.

He began doing background work at age 4. He became serious about acting after appearing in the 2008 film Lower Learning.

He was nominated for a Young Artist Award for his performance on a 2011 episode of New Girl.

He appeared with Kerri Medders in the 2012 film Curse of the Golden Orb.

Michael Chey Is A Member Of