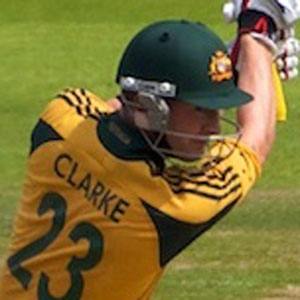 Australian batsman and occasional slow left-arm bowler nicknamed Pup who made his ODI debut in 2003 and his Test debut in 2004. He served as his country's ODI and Test captain from 2011-2015, leading the team to the 2015 Cricket World Cup title. He finished his Test career with 28 hundreds and an average just over 49.

He made his professional debut with New South Wales at age 19.

He got married to model and media personality Kyly Boldy on May 15, 2012. They have a daughter named Kelsey.

He first joined Ricky Ponting on the Australian Test team in 2004 and would eventually succeed him as captain.

Michael Clarke Is A Member Of