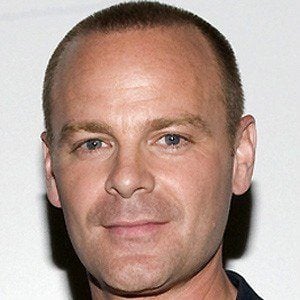 Canadian actor and singer who played Kevin Wordsworth on the TV series Flashpoint, and appeared in the X-Files episode Unruhe.

He attended Carleton University, where he studied economics. Later, he trained as an actor at Toronto's William Davis Centre.

He performed with Amsterdam, Cold House, and other bands.

He was born in Ontario and grew up in Ottawa with a brother named Bruce.

He co-starred with Amy Jo Johnson in "Flashpoint."

Michael Cram Is A Member Of