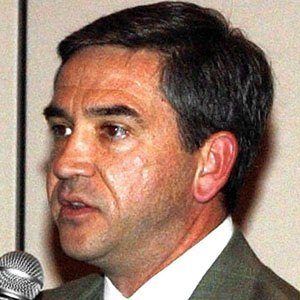 POW who gained fame after being held captive in Somalia for 11 days in 1993, and who earned several honors, such as a Purple Heart, and a Distinguished Service Medal.

He worked as a voice intercept operator in the U.S. Army.

He has a book published that talks about his military career and captivity called In the Company of Heroes. He fought Desert Storm, Prime Chance, Just Cause, and Gothic Serpent.

He had six children with his second wife Lisa Durant.

His character during captivity in Somalia was portrayed by actor Ron Eldard in the movie Black Hawk Down.

Michael Durant Is A Member Of