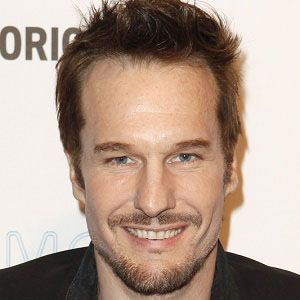 Notable for his recurring roles on the television shows Bates Motel, Intelligence, and Shattered, he is also known for his appearances in films such as Primary, Walk All Over Me, Poker Night, and See No Evil 2.

Early in his career, he had guest spots in episodes of Dark Angel, The Outer Limits, and the X-Files spin-off The Lone Gunmen.

He briefly shared the screen with Al Pacino in the 2007 thriller 88 Minutes.

He was born in Saskatoon, Saskatchewan, Canada. He married actress Megan Bennett in 2003.

He and Gil Bellows were both in the main cast of the short-lived television series Terminal City.

The Call
Mr. Right
The Confirmation