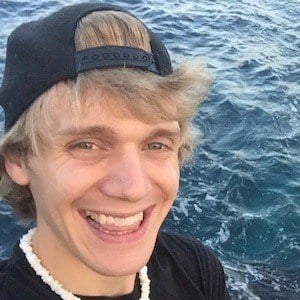 Verified Funimate star with over 130,000 fans on the popular app. The featured user has become known for both dance and lip sync videos.

He first became active on social media in May 2014 when he began posting photos to Instagram.

A parkour and freerunning enthusiast, he has trained to compete in the American Ninja Warrior competition.

He has two brothers and one sister. His dog, named Harley Quinn, has appeared in many of his videos.

Many of his videos are set to songs by artists like Justin Timberlake and Drake.

Michael Holladay Is A Member Of