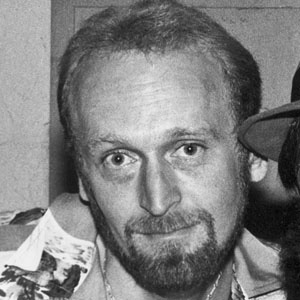 Drummer for The Doobie Brothers who drummed on their hits like "Jesus Is Just Alright" and "Listen to the Music."

He began playing drums while in elementary school and was planning to work in law enforcement when a friend persuaded him to try out for a band.

He frequently said that after playing along with up to twelve other drummers in the military drum corps, it was easier for him to work with John Hartman on the Doobie Brothers.

He was born in Paterson, New Jersey. He was survived by his two children, Erica and Mike Jr.

Michael McDonald was his bandmate and one of the singers for the Doobie Brothers.

Michael Hossack Is A Member Of