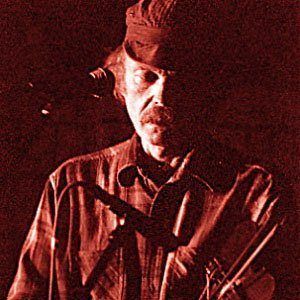 American singer and multi-instrumentalist with strong ties to the famed Greenwich Village folk scene of the 60's and 70's. He has recorded more than 20 albums during his career, including 1976's Have Moicy!, which was called the greatest folk album of the rock era by The Village Voice.

His first record contract was put on hold due to a severe case of mononucleosis.

He is a talented visual artist who has created his own comic books as well as much the artwork for his own albums.

He was previously married to a woman named Marjorie. He has a total of five children with three women.

He and singer Jack Hardy were both well-known members of the Greenwich Village folk scene in New York.

Michael Hurley Is A Member Of