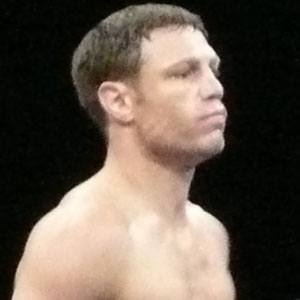 Crowd-pleasing Australian fighter who became the WBO Lightweight titleholder, and was the Australian Light Welterweight champion.

He started boxing at age 11 and amassed an amateur record of 75–6.

He was advised to retire after a 2013 MRI and CAT scan revealed severe scarring of the brain.

He lost via technical knockout to Joel Casamayor on March 22, 2008.

Michael Katsidis Is A Member Of