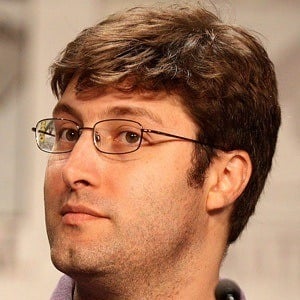 American screenwriter and television producer who is recognized for his work on Late Night with Conan O'Brien and Nathan for You. He is also known for being married to Unbreakable Kimmy Schmidt star Ellie Kemper.

His career in television began as a writer for MADtv in 1999.

He married actress Ellie Kemper on July 7, 2012 and the two welcomed their first child James in 2016. Their second child, a son named Matthew, was born in 2019.

He was credited as the head writer of Important Things with Demetri Martin.

Michael Koman Is A Member Of