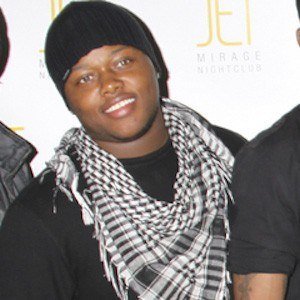 Singer most known for his work with the band Day 26, which formed after appearing on Making the Band 4. The band split up in 2012, but McCluney joined the original members when the group reunited in 2014.

He began singing when he was young and found a vessel for his talent in church.

He has also released his own music, including the single "Drop the Whip." He attended Benedict College and studied psychology.

He grew up in Gaffney, SC. His brother Kendrick described him as "humble" when he was interviewed during Making the Band.

He joined Willie Taylor, Qwanell Mosley, Brian Andrews, and Robert Curry on Making the Band, which led to the creation of Day 26.

Michael McCluney Is A Member Of