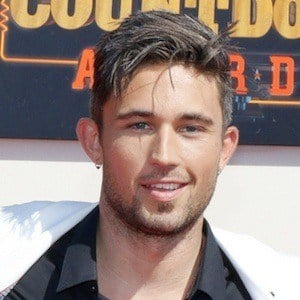 Winner of the singing competition The Next: Fame Is at Your Doorstep. He went on to achieve a charting single on the Billboard Hot 100 with his debut single "Kiss You in the Morning." He released an EP of the same name in April of 2015.

He grew a fanbase in Florida on the advice of a Nashville-based music executive before heading back to Nashville to pursue his career in country music.

He was born in Eustis, Florida. He got engaged to fellow singer Carly Pearce in 2018. The couple wed in October 2019 and filed for divorce less than a year later.

He was mentored by John Rich of Big & Rich for The Next: Fame Is at Your Doorstep.

Michael Ray Is A Member Of