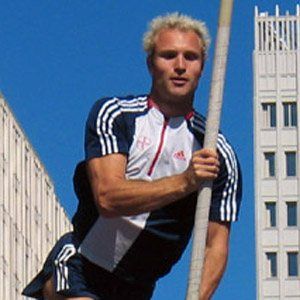 He played several sports growing up before focusing on track and field.

His personal best vault during his career was 5.95 meters.

He grew up in Buxtehude, Germany.

Alexander Leipold also competed for Germany in the 2000 Olympics, winning gold in freestyle wrestling but he was eventually stripped of the medal after testing positive for steroids.

Michael Stolle Is A Member Of