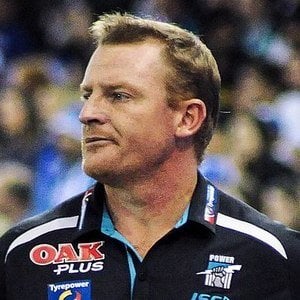 Australian rules football midfielder who made his professional debut in the VFL for the Brisbane Bears and joined the AFL's Brisbane Lions in 1997.

He grew up in Orbost and moved to Beenleigh when he was 11 years old.

His brother Brett Voss also played for the Brisbane Lions.

Forward Nick Riewoldt was his teammate on Australia's national team.

Michael Voss Is A Member Of