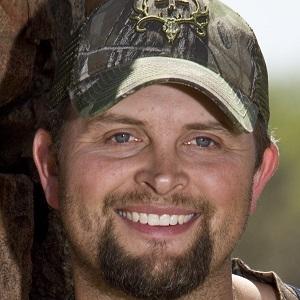 Outdoor Channel television personality who started hosting Realtree Road Trips more than a decade after being hired by Realtree in 1994.

Growing up, he continued to hunt and hone his turkey calling skills. After winning several calling contests, his notoriety spread.

He left his full time position at Realtree to found Bone Collector, LLC. The company would churn out a Golden Moose Award winning series of the same name that aired on the Outdoor Channel.

He grew up in the deep country and was taught traditional family values. Hunting was a way for him to spend more time with his father and grandfather in the fields near his childhood home.

He hosts a show on the Outdoor Channel like Joe Mantegna of Gun Stories.

Michael Waddell Is A Member Of