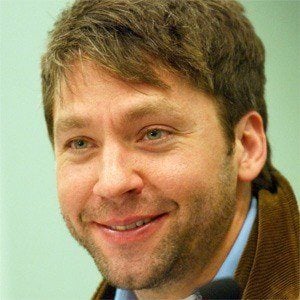 Actor best known for his recurring roles on the popular television dramas Six Feet Under and House.

He studied theater at Northwestern University.

He married musician Priscilla Ahn in 2010.

He co-starred in the film Garden State and The Last Kiss alongside his good friend Zach Braff.

Michael Weston Is A Member Of