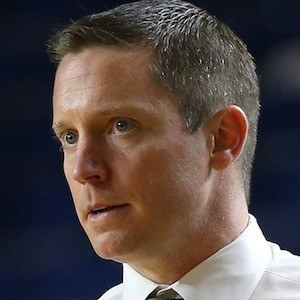 Hired to be the head coach of the University of Florida men's basketball team in 2015, he previously served as the head ball coach at Louisiana Tech for four seasons where he earned multiple Coach of the Year honors, including the C-USA Gene Bartow Coach of the Year.

He played college basketball at Ole Miss University from 1995 to 1999 and helped the Rebels win their first NCAA Tournament game in the history of the school.

His father served as Director of Athletics at Duke University. He has a brother named Jake Samuels. He married Kira Zschau and has two daughters, Rylee and Maggie, twin boys, Collin and Keegan, and a son, Dillon.

He succeeded Billy Donovan as the head basketball coach of the Florida Gators in 2015 after Donovan's immensely successful 19 years with the program.

Michael White Is A Member Of