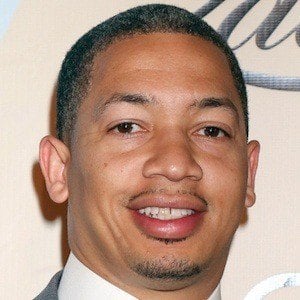 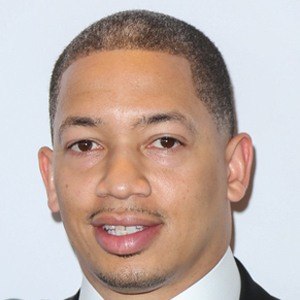 Former journeyman point guard who was selected 23rd overall by the Denver Nuggets in the 1998 NBA Draft. He won three NBA championships as a member of the Los Angeles Lakers. He was named head coach of the Cleveland Cavaliers midway through the 2015-2016 season and helped the team win the 2016 NBA Championship.

He had a successful run as a Cornhusker at the University of Nebraska where he was named First-team All Big 12 in 1998.

As an NBA journeyman, he played for the Lakers, Wizards, Magic, Rockets, Hawks, Mavericks and Bucks. He was an assistant coach for the Celtics and Clippers before heading to Cleveland.

He was born in Mexico, Missouri, to parents Ron Lue and Kim Miller. He attended high school in Raytown, MO.

He supplanted David Blatt as the head coach of the Cleveland Cavaliers in the 2015-2016 season.

Tyronn Lue Is A Member Of