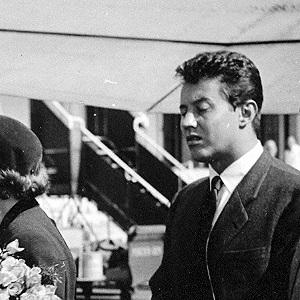 Famous French actor who appeared in the popular 1957 musical, Funny Face. One of his only English-speaking roles took place in Day of the Jackal, an assassination film starring Edward Fox.

He originally intended on becoming a doctor, and even enrolled in medical school before deciding to pursue acting full time.

In 1957, he was cast in Funny Face, which starred Audrey Hepburn.

Michel Auclair Is A Member Of