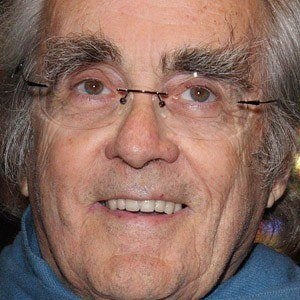 Composer of over 200 film and television scores, including 'The Umbrellas of Cherbourg' from 1964 and 'The Thomas Crown Affair' from 1968. He collaborated with such notable jazz artists as Miles Davis, who many believe influenced 20th-century music more than almost any other musician.

His first album was the best-selling "I Love Paris," one of the most successful instrumental albums in history.

His song 'The Windmills of Your Mind' from 'The Thomas Crown Affair' earned him his first Academy Award and was sung by Sting in the 1999 remake. It was also covered by such artists as Petula Clark, Barbra Streisand, and Jose Feliciano.

He was born to French composer and actor Raymond Legrand and Marcelle der Mikaelian. His father produced "Irma la Douce" and many other hits. He was married twice; he married his second wife, Macha Meril, in 2014. He had three children.

He provided the score for 1974's "F for Fake," the last film Orson Welles completed.

Michel Legrand Is A Member Of