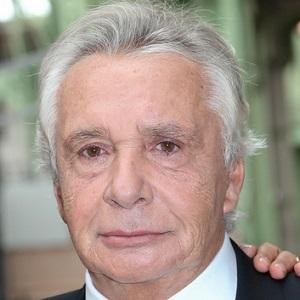 Known for such chart-topping recordings as La Maladie d'Amour, Les Lacs du Connemara, and Du Plaisir, this award-winning Parisian vocalist also had a career as an actor, appearing in the 1987 film Cross and in such plays and television series as, respectively, L'Homme en Question and Le Prix de l'Honneur.

One of his first hits was a Vietnam War-era song titled "Les Ricains" ("The Yankees"). His early albums include Danton and J'Habite en France.

He was born into a family of performing artists: his father was a singer; his mother was an actress; and his famous grandfather, Victorien Sardou, was a playwright. Michel Sardou's three marriages resulted in four children, including stage actor Davy Sardou and fiction writer Romain Sardou.

Michel Sardou Is A Member Of