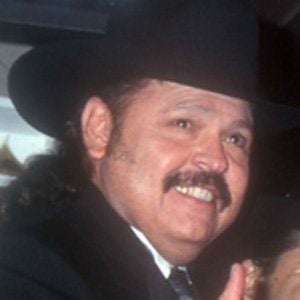 Mexican songwriter, singer, and accordionist known for his work in the Conjunto and Norteno musical genres. He recorded more than 100 albums and earned several Grammy Awards over the course of his career.

At the age of six, he began learning to play the accordion. During his teens, he collaborated with acclaimed singer and guitarist Cornelio Reyna.

He was the son of fellow musician Ramon Cobarrubias. He had three children.

He and fellow Mexican musician Pedro Ayala were both renowned songwriters and accordionists in the Norteno and Conjunto genres.

Ramón Ayala Is A Member Of