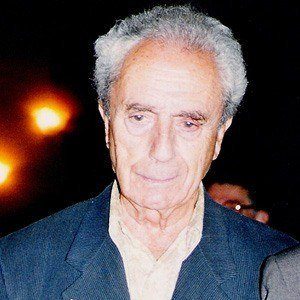 He studied economics at the University of Bologna and started working as a film journalist for a newspaper in 1935.

He received an Honorary Academy Award in 1995 for his contributions to film.

He was married to Letizia Balboni from 1942 to 1954. He married his second wife Enrica Antonioni in 1986. He was also in a relationship with actress Monica Vitti in the 1960's. Vitti starred in a number of his films from that era.

He directed Jack Nicholson in the 1975 film The Passenger.

Michelangelo Antonioni Is A Member Of