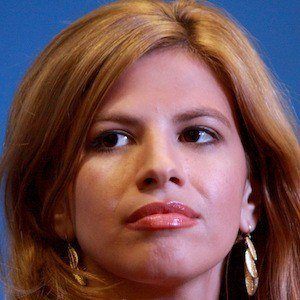 Political reporter who was involved in an incident which resulted in Donald Trump's campaign manager, Corey Lewandowski, being charged with battery. Video showed Lewandowski forcefully pulling her away from the presidential candidate at an event in March 2016, although he was ultimately not prosecuted.

She attended Pepperdine University, where she received a degree in political science in 2011. She went on to work for the Daily Caller, Fox News, and Breitbart News Network.

She was working for Breitbart when the Lewandowski incident occurred, but resigned after feeling that the organization failed to support her in the aftermath. She then joined The Huffington Post.

She was born to Xiomara and Greg Fields. She got engaged to Jamie Weinstein in 2016.

Early in her career, she was interviewed by Brian Lamb.

Michelle Fields Is A Member Of