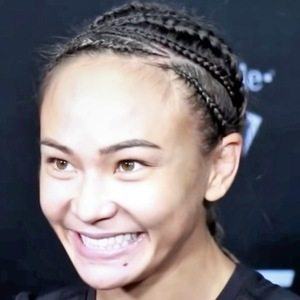 She worked as a model before making her MMA debut in 2007.

She was ranked the #10 pound-for-pound female MMA fighter by MMARising.com in 2013.

She made an appearance in the music video for the song Head Crusher by Dave Mustaine and Megadeth.

Michelle Waterson Is A Member Of