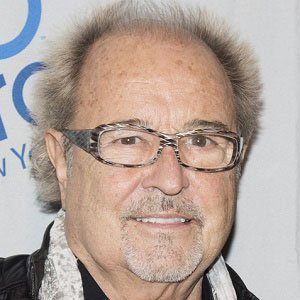 Famous as a founder of the English-American rock band Foreigner, this British guitarist and songwriter is also notable for his work with the late 1960s and early 1970s UK band Spooky Tooth. He released a self-titled, debut studio album in 1989.

At the start of his career, he joined the rock band Nero and the Gladiators and wrote songs for French rock singer Johnny Hallyday.

Through early relationships, he fathered sons named Christopher and Roman Jones. Then, during his nearly three-decade marriage to socialite and author Ann Dexter-Jones, he raised a daughter named Annabelle and a son named Alexander and was the stepfather to Dexter-Jones' famous children Samantha, Charlotte, and Mark Ronson.

He was the session guitarist for ex-Beatle George Harrison's 1974 album Dark Horse.

Michael Leslie Jones Is A Member Of