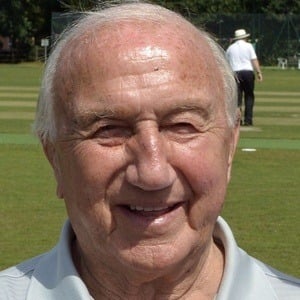 Right-handed batsman and right arm medium bowler for Surrey who was awarded the OBE in 1998 for services to cricket.

He was born in Herne Hill and made his first-class debut in 1954.

His son is the former English wicket-keeper Alec Stewart.

He managed Graham Gooch during his captaincy for England.

Micky Stewart Is A Member Of