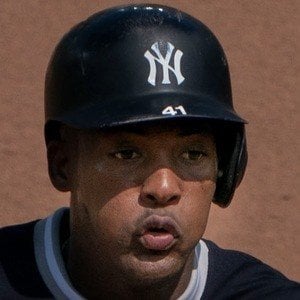 Third baseman who made his Major League Baseball debut as a member of the New York Yankees in 2017. He was called up to the majors after leading the minor league Tampa Yankees in hits and going on a 15-game hitting streak.

He grew up living with his grandmother in the Dominican Republic.

He has a daughter named Emma.

He was managed by Joe Girardi in his first season in New York.

Miguel Andújar Is A Member Of