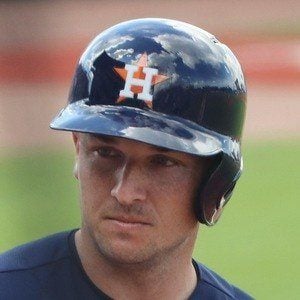 Third baseman/shortstop who was selected 2nd overall by the Houston Astros in the 2015 MLB Draft. He helped the Astros capture a World Series title in 2017.

At age 16, he became the first high school player, as a sophomore, to win the USA Baseball Player of the Year Award. He played college baseball for the LSU Tigers, where he was a 2-time All-American. In 2013, as a freshman, he received the Brooks Wallace Award for the country's best shortstop.

He signed with the Houston Astros in June 2015, and was assigned to the Quad Cities River Bandits to begin his professional career. He was soon after promoted to the Lancaster JetHawks.

He was raised in Albuquerque, New Mexico by his parents Sam and Jackie. He has two younger siblings named Anthony and Jessica. In December 2020, he married Reagan Howard.

He was selected immediately following Dansby Swanson in the 2015 MLB Draft.

Alex Bregman Is A Member Of