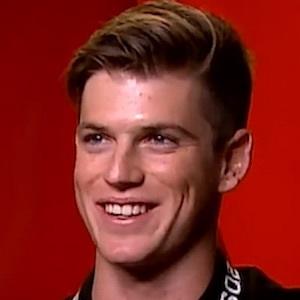 Actor who began starring as Guzmán on the Netflix original series Elite in 2018. He had previously appeared in feature films like Es por tu bien (2017) and on shows like Sabuesos.

He spent three years in the United States, where he studied at the American Academy of Dramatic Arts in Los Angeles.

He is the son of actress Ana Duato and television producer Miguel Ángel Bernardeau. He began dating singer Aitana in 2019.

He was cast alongside Danna Paola on Elite.

Miguel Bernardeau Is A Member Of