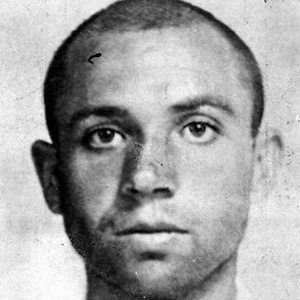 Spanish poet and dramatist associated with the Generation of '27 and Generation of '36 literary movements. His best-known works include Perito en lunas, El hombre acecha, and El rayo que no cesa.

He worked on a farm during his childhood and was largely self-taught; nevertheless, he published his first collection of poetry in his early twenties.

He was arrested for his anti-Fascist views and died of tuberculosis while serving a thirty-year prison sentence.

He wed Josefina Manresa Marhuenda in 1937; the couple had one surviving son.

He and philosopher Julian Marias were both prominent figures in the Generation of '36.

Miguel Hernández Is A Member Of