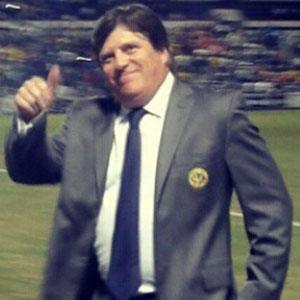 Soccer manager best known for coaching teams like Club America in Liga MX and the Mexican national team. He coached Mexico at the 2014 FIFA World Cup.

He made his debut as a player with Atlante in 1986 before transferring to Santos Laguna two seasons later.

He has daughters named Mishelle and Tamaral.

He and Hugo Sanchez are both former soccer players who went on to coach the Mexican national team.

Miguel Herrera Is A Member Of