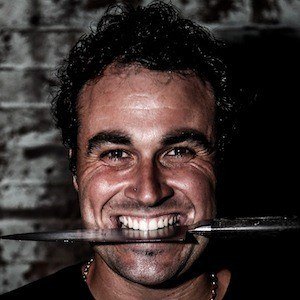 World renowned chef known for his bestselling books Miguel's Tapas and Spanish Cooking. He has become a regular television personality, starring in shows such as The Living Room, Boys Weekend, and his own series Miguel's Tropical Kitchen and Miguel’s Feasts.

He found his love for cooking at a very early age and in his twenties traveled to Scotland to begin learning English. It was there that he began working in kitchens around Edinburgh.

In 2011, he released the app Miguel's Spanish Kitchen to showcase and share his best and brightest recipes.

Miguel Maestre Is A Member Of