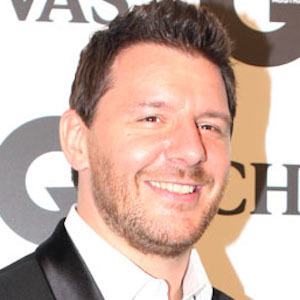 English-trained chef widely known for his appearances on shows like Ready Steady Cook, MasterChef Australia, and My Kitchen Rules. He has also led a number of premiere restaurants including Manu at L'Étoile, L'Aperitif, and La Grand Cirque.

Though he came from a line of professional chefs, at thirteen he joined a circus school. However, three years later, he rediscovered his love of food studying at the Cafe Royal restaurant in London.

He won the popular TV competition Dancing with the Stars in 2011.

He had a son named Jonti with ex-wife Ronnie Morshead, whom he separated with in 2009 after 12 years of marriage. He married jewelry store manager Clarissa Weerasena in February 2014; they had a daughter named Charlee Ariya together a year later.

Manu Feildel Is A Member Of