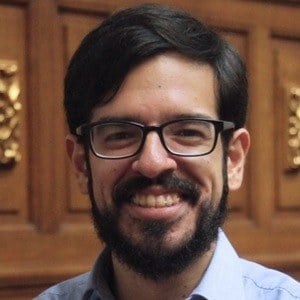 Venezuelan politician who is known for being elected to the National Assembly of Venezuela in 2010. He is also recognized for being a proponent of the Organic Sports Law which was approved in 2011.

He first began participating in politics at the age of 13. He founded the antimilitarist movement while still in high school. In 2007, he began participating in the Venezuelan student movement where he protested the closure of the RCTV television channel. At the age of 21, he was elected deputy in the parliamentary elections of 2010 as part of the Democratic Unity Roundtable.

During his 2016 legislative period, he served as president of the Commission for Integral Social Development where he supported a range of causes including the Law of Comprehensive Care and Protection for People with Autism Spectrum Disorder.

His father was also a politician who was known for his trade union activism.

He is known for having protested against Nicolas Maduro and demanded that his government respect those who criticize him.

Miguel Pizarro Is A Member Of