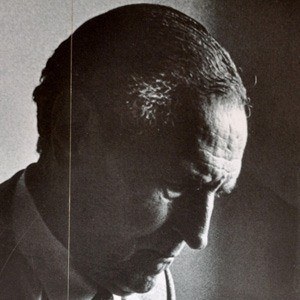 Prominent Portuguese fiction writer, poet, and playwright of the Twentieth Century who was nominated several times for the Nobel Prize for Literature. His most famous works include Contos da Montanha, O Outro Livro de Job, and Bichos.

He studied medicine at the University of Coimbra, graduating in 1933. He published his first poetry collection, Ansiedade, in 1928.

He published two travelogues during the 1950s.

His Belgian wife, Andree Crabbe, was a teacher. The couple became parents to a daughter named Clara.

He and R.S. Thomas were both nominated for the Nobel Prize in Literature.

Miguel Torga Is A Member Of