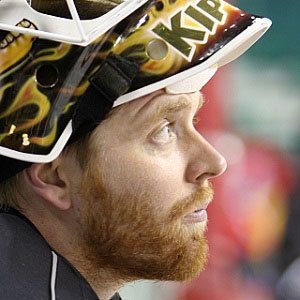 Finnish goaltender became the Calgary Flames' franchise leader in shutouts, while helping the team reach the Stanley Cup Finals in 1994.

He played in the Finnish leagues before joining the San Jose Sharks.

His older brother also played in the NHL, with the Montreal Canadiens and the New York Islanders.

He was criticized by fellow Finnish hockey player, Teemu Selanne, for declining to play on the national team.

Miikka Kiprusoff Is A Member Of