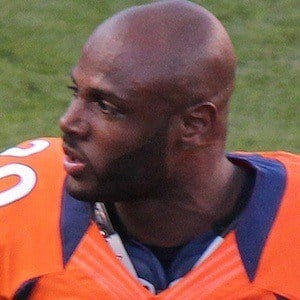 NFL safety most well known as a member of the Indianapolis Colts. He has also played for a number of other NFL teams including the San Francisco 49ers, the Cleveland Browns, and the Denver Broncos.

He established himself as a comparable player with the University of Delaware after he spent his earliest college career with Passaic County Technical Institute.

In 2009, he as inducted into the Passaic Tech Hall of Fame and his jersey was retired the following year.

His mother's name is Mary and he has a daughter named Maya.

As a member of the Indianapolis Colts, he has been coached by Chuck Pagano.

Mike Adams Is A Member Of