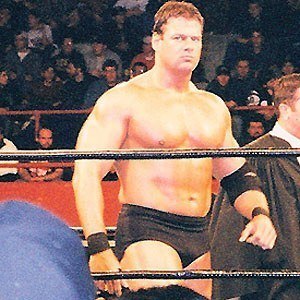 WWF star wrestler and Hardcore Champion who was also known in the ECW for his marquee matches with Masato Tanaka.

He wrestled in Japan under the ring name Gladiator, before moving to the American promotions.

He found the WWF atmosphere too political for his liking, and left the promotion, also claiming afterward he was underpaid.

He married his high school sweetheart, Delisa Bowers; the couple had two children together.

His interest in wrestling was kindled by his distant relation to wrestling legend Hulk Hogan: his father's sister married Hogan's brother.

Mike Awesome Is A Member Of