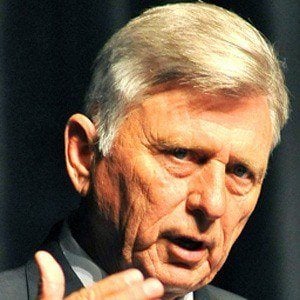 Democrat who became forty-fifth Governor of Arkansas in 2007 and helped lower taxes for his constituents. He also served as the Attorney General of Arkansas from 2003 to 2007.

After graduating college, he served in the Army Reserve.

He broke with party leaders on the issue of making Social Security private.

He has three children with wife Ginger.

Bill Clinton is another famous Governor of Arkansas.

Mike Beebe Is A Member Of