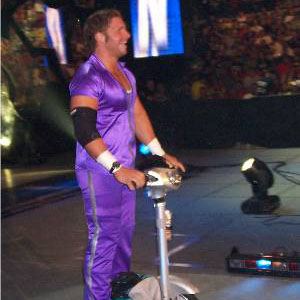 Professional wrestler for both Extreme Championship Wrestling and World Wrestling Entertainment most notably who had ring names of Nova, Super Nova, and Hollywood Nova.

He trained at a wrestling school that was run by Iron Mike Sharpe and turned pro in 1992.

He is an accomplished wrestler, ranked #88 of 500 best singles wrestlers in 2005 and winning numerous championships.

He was born in Toms River, New Jersey and resided in Louisville, Kentucky.

At one point in his career he tried a Richard Simmons-like fitness gimmick for his routine.

Mike Bucci Is A Member Of