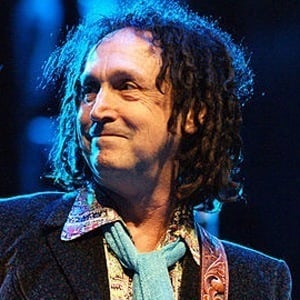 Rock guitarist, songwriter, and record producer who performed with Tom Petty and the Heartbreakers.

He bought his first guitar at age sixteen and later formed a short-lived music project called Dead or Alive.

He performed with Johnny Cash, Fleetwood Mac, and many other notable musicians.

His marriage to Marcie Campbell produced two daughters and a son.

He cited Bob Dylan as one of his primary musical influences.

Mike Campbell Is A Member Of