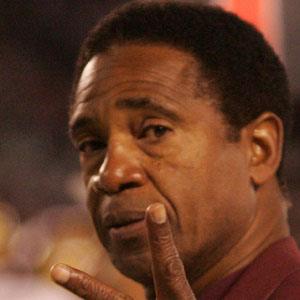 Hall of Fame cornerback for the New England Patriots and Los Angeles Raiders who won Super Bowl XVIII with the Raiders and made a total of 9 Pro Bowls during his illustrious career. He won the Newspaper Enterprise Association NFL Defensive Player of the Year award in 1984 and was selected to the NFL's All-Decade Team for the 80's.

He started on offense and defense during his senior year at John Marshall High School, where he also set the school record in the long jump. He later became a star player at Arizona State University.

He was included on The Sporting News' 1999 list of the 100 greatest football players of all time, coming in at #93.

He and Raiders teammate Lester Hayes formed what is considered by many to be one of the greatest cornerback duos in NFL history.

Mike Haynes Is A Member Of