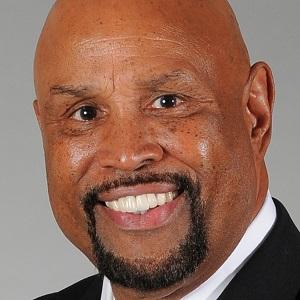 Men's college basketball known for his successful runs as head coach at schools like Boston University and Florida Atlantic. He won the America East Tournament Championship with Boston in 1988 and 1990.

He was a high school basketball player at Rindge Technical High School.

He was named America East Coach of the Year for 1990. After his tenure with FAU, he became a commentator for the SEC Network.

He has children named Dana and Mike Jarvis II.

He coached future Hall of Famer Patrick Ewing as a high school coach.

Mike Jarvis Is A Member Of