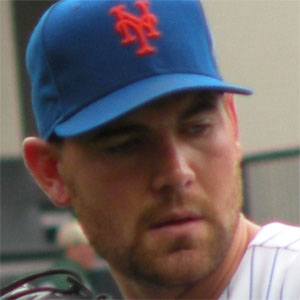 Right-handed starting pitcher known for a sinking low-to-mid-90s fastball; debuted in the major leagues for the New York Mets in 2006.

He became a specialist in provoking groundball outs by pounding the lower half of the strike zone with his sinker and splitter.

He had a son named Chase with his wife Angela in 2009.

He played alongside All-Star third baseman David Wright on the Mets.

Mike Pelfrey Is A Member Of